February was yet another roller coaster of a month as bullish sentiment continued through mid-month with Bitcoin attempting to break $10.5k several times before ultimately collapsing in the back half of the month to $8.5k. Of notable interest, this $10.5k level is a lower high than was reached in June of 2019. Alternative cryptocurrencies followed a similar trajectory, albeit with more extreme price action, outperforming BTC early in the month followed by significantly stronger selling as the month came to a close.

Last month, we mentioned that the cryptocurrency asset class is still so early in its evolution that no one has any idea how and what will gain widespread adoption. Some pundits in January pointed to Bitcoin acting like a risk-off asset as evidence of its status as a safe haven store-of-value. Others point to the risk-on behavior with crypto tracking equities throughout February as proof of its status as a speculative asset. Competing behaviors signal that the market doesn’t know what Bitcoin is going to be used for at full adoption, let alone what the other thousands of crypto assets end-state will be. The ex-post explanatory narratives will come and go as the dynamics continue to shift in this young space.

In the past two weeks we’ve witnessed a remarkable escalation in the impact of Coronavirus on the global economy which offered another opportunity for Bitcoin and the cryptocurrency markets to defend their position as a store of value uncorrelated to traditional asset classes. 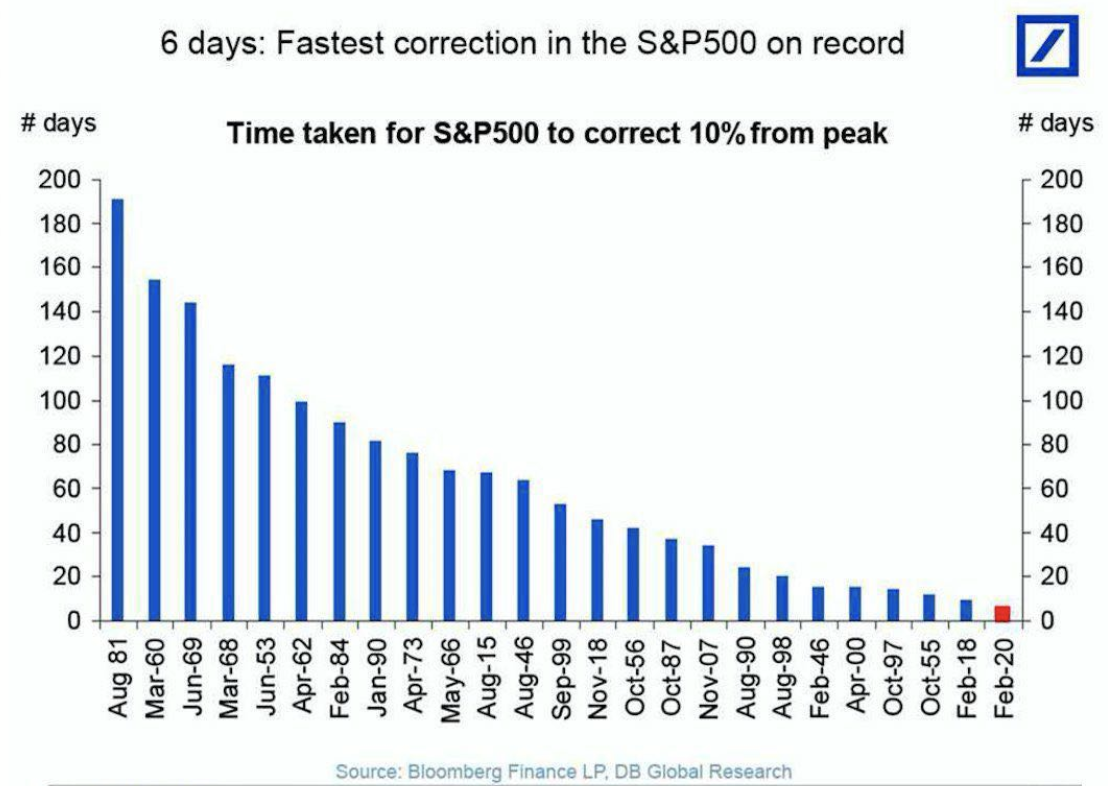 Bitcoin, despite one of the narratives as a safe haven asset, followed right along, falling approx. 13.5% from that same February 19th to February 28th period.

Periods such as this demonstrate that in risk-off economic regimes, Bitcoin can be just as susceptible to market panic as any other asset. A big part of this dynamic is that Bitcoin and Ethereum make for poor currencies, largely due to their volatility. On the other hand, Stable Coins that are backed by USD utilize the power of underlying protocols of these assets have seen tremendous growth over the last two years primarily due to the fact that they remove the uncertainty around exchange rate risk from both send and receiver. You can find more reading on that topic in a great thread by Andrew Kang that can be found here.

What lies in the weeks ahead is anyone’s guess. We know that the first death on US soil from the Coronavirus have occurred in Washington State (which has now increased to six total deaths) , with upwards of 50 other individuals being cared for or working at a Long Term care facility have indicated initial symptoms. We also know these cases have not been linked to any known travel, indicating that the infection likely occurred through community transmission. This is further reinforced by genetic sequencing that demonstrates that the virus that caused the first death was matched against the original case found in Washington a few weeks ago. The Fed is actively monitoring the markets and could be preparing to intervene. China seems to have turned the corner in terms of new cases, but worldwide, infections appear to be turning parabolic.

How the cryptocurrency markets will behave in the face of these economic events remains to be seen. The status of risk-on or risk-off has yet to be determined, yet we can reflect on the price movements of major asset classes in the final week of February (below). Among the large cap cryptocurrencies, Ethereum retreated the most during that global tumble and Gold was the least impacted asset among those captured in the graph below.